Menu
Home » About Us » Our Physicians » Dr. Daniel B. Polatsch

In response to Covid-19, Dr. Dan Polatsch is offering virtual visits/telemedicine when appropriate. If you or a family member are interested please contact our office to schedule this. 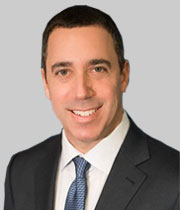 Dr. Daniel Polatsch is a Manhattan based orthopaedic hand surgeon who has been recognized as New York’s Top doctors by New York Magazine, Castle Connolly, New York Times Super Doctors, and U.S. News and World Report for over 10 consecutive years. Dr. Polatsch is the Co-Director and Co-Founder of the New York Hand and Wrist Center of Lenox and was recruited by Lenox Hill Hospital and Northwell Health to establish and build a world-renowned Hand Surgery Center. Dr. Polatsch also recently completed his tenure as the President of The New York Society for Surgery of the Hand (NYSSH) for which he was elected by his peers. The NYSSH is one of the largest hand organizations in the United States.

Dr. Polatsch is nationally and internationally known for excellence in the comprehensive management of complex hand, wrist, and elbow disorders. He is responsible for the teaching and education of resident doctors who are training to become future orthopedic surgeons and hand surgeons. Dr. Polatsch is a Fellow of the American Academy of Orthopaedic Surgeons and is board certified in both orthopaedic surgery and hand surgery. He underwent additional specialty training in hand, wrist, and elbow surgery at the renowned Harvard Hand and Upper Extremity Fellowship in Boston. Prior to becoming the Co-Director of the New York Hand and Wrist Center he was in practice for over 12 years at the Hand Surgery Center with Dr. Charles Melone, MD. During that time, he was the program director of the Mount Sinai Orthopedic Hand Surgery Fellowship at Mount Sinai Beth Israel.

Dr. Polatsch is on the editorial review board of the Journal of the American Academy of Orthopaedic Surgeons, the American Journal of Orthopaedics and Orthopedics for his expertise in hand surgery and has published extensively on a wide variety of hand and upper extremity topics in a multitude of peer-reviewed journals. He has presented his research extensively at regional and national society meetings. He has also authored many book chapters most notably on topics related to the care and treatment of elite and professional athletes. He is also one of the founding members of Northwell’s Center for Regenerative Orthopaedic Medicine.

Dr. Polatsch earned his undergraduate degree with distinction at the University of Michigan in Ann Arbor. He received his medical degree from New York University School of Medicine where he was inducted into the prestigious Alpha Omega Alpha medical honor society for his superior scholastic achievements and earned independent research honors. His post-graduate training included a surgical internship at NYU Medical Center followed by an orthopaedic surgery residency at NYU-Hospital for Joint Diseases, where he was appointed Administrative Chief Resident in his final year. He then underwent further specialty training at the Harvard Hand and Upper Extremity Fellowship Program which included training at Brigham and Women’s Hospital, Boston Children’s Hospital, and Massachusetts General Hospital.

As a founding member of the Laurence Polatsch Memorial Fund, Dr. Polatsch has helped raise money to send dozens of children with pediatric arthritis to specialty summer camps sponsored by the Arthritis Foundation. Additional funds raised have been used to donate a pediatric playroom at Mt. Sinai Medical Center, a pediatric recovery room at Mount Sinai Beth Israel, a Neonatal Intensive Care Family room at NYU Medical Center, a full-time social worker to assist with needs of children who suffer from Crohn’s and Colitis, dog therapy program at C.S. Mott’s Children’s Hospital in Ann Arbor, fund research in Multiple Sclerosis (Cornell) and Esophageal Cancer (MSK). This was all done in memory of his brother who was lost on September 11th. He is also on the board of directors for the GLS Memorial Fund, which provides scholarships to University of Michigan students whose parents were lost by the September 11th attacks. Dr. Polatsch also contributes to numerous other charitable organizations including the Scleroderma Foundation, The Theodore Atlas Foundation, UJA, Prep for Prep, Arthritis Foundation, Crohn’s and Colitis Foundation, Autism Speaks, and The Hole in the Wall Gang Camps.

Neil Patrick Harris thanks Dr. Dan Polatsch and his team

Neil Patrick Harris had surgery on Tuesday after a sea urchin spine got caught in his hand while in Croatia two months ago, causing an infection.

Click here to read patient reviews about Dr. Polatsch on

Click on the links below to know more about Daniel B. Polatsch, M.D